“I have kids of color so I can’t be racist.” Here and Now Episode 3: Things to focus on if you are an adoptive parent. 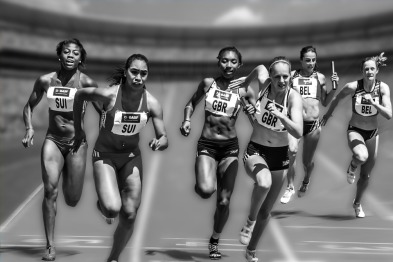 If you missed Episode 1 and Episode 2 reviews and thoughts just click on the numbers and it will take you back to those reviews.

In my several decades of being alive I noticed that there is not much you can do that will actually hurt a white person’s feelings. Calling them fat, or ugly, or white, or skinny, or narcissistic….those terms don’t actually hurt them at their core. They don’t really hurt them at their core because there is really no “history” to them. They will always rise and they will always be the first resume read no matter what.

It hurts a black person if a white person calls them nigger. It hurts them because it was created to hurt them. It was made to demean and to make them less. Somehow the word Niger (a country and a beautiful river) was created into a bad term by adding another “g” after the first one. This word was used for centuries to put the black person “in their place” and yet we still rise. The pain we feel when called this word only empowers us to hold our heads up high and rise above the ashes, like the phoenix.

There is no word in particular that can really hurt a white person except for….racist. I’ve never directly called a white person racist before but I have alluded to it. I don’t believe individuals are racist but I do believe all white people pertain to a system that forcibly keeps people of color down; and they don’t seem to care or see a problem with it. This is why when we use the word Racist, and we are talking about a white person, they get very very offended. They become SUPER fragile and start shedding white tears. It is almost as if we called them the “N” word. White people don’t EVER see themselves as racist. They will admit that they discriminate, or that they are prejudice but they NEVER (or very rarely) will say they are racist.

But when you break it down, some are able to open their eyes. Some are able to understand their role in this game we call life. Because Racism=prejudice+systemic power and in reality, many white nations fall under that definition. In the USA, Canada and Europe, only the non-people of color fulfill that definition.

Many non people of color claim they can’t be racist because they have friends who are black, or Asian, or native, or from India blah blah blah. Or they are married to someone from somewhere else. Or….here’s the kicker…they have KIDS who are from another part of the world.

WHITE PEOPLE: THIS DOES NOT EXEMPT YOU FROM BEING A PART OF THE SYSTEMIC PROBLEM. If you can’t recognize that….then YOU ARE THE PROBLEM.

Watch carefully as you see Audrey back a white student after he commits  a hate crime at Kristen’s school. Yes. Audrey, the mother of 3 international adoptees supports her own people in the end.

Episode 3: If a Deer Shits in the Woods

I found this episode to be intriguing mainly because the adoptive father seems to be having some kind of midlife crisis. He sees the angel’s sign (eleven eleven) and takes a detour causing him to realize that nothing really matters and that everything, like the Bible says in Ecclesiastes 2:17, is meaningless.  But this episode gets more complicated when his wife decides that prosecution for a hate crime done by a white kid at Kristen’s school is not necessary. Focus on 20:27 when she begins the press release. Listen to the words she uses in this scene and why they are problematic while having kids of color. She is distraught because she feels misquoted and instead of being upset that she actually said what she said, her focus is on how the media made her look. I feel that she thinks that she is not culpable or required to stand up for people of color because in the end, she has kids of color; somehow that exempts her from being racist.

Yep! I can relate. The amount of hate spewed at me as a Haitian child was met with “pray for them.” Really? Prayer? I laugh! My Audrey and Greg didn’t really know how to deal with racism. I wonder why they adopted me in the first place if they were not prepared to also stand up for me.