“Why do you need so much Skin Lotion?” Here and Now Episode 2: Scenes to look out for if you are an adoptive parent. 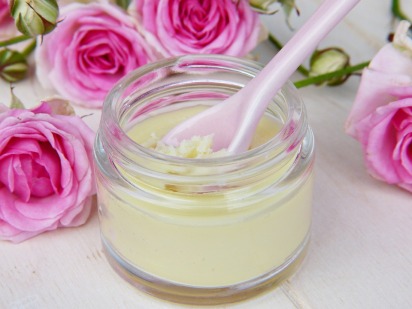 Here and Now, a new HBO shows explores adoption in ways no other show on TV has. Even the award-winning This Is Us show fails to delve deep into the actual issues each adoptee faces.

Unlike Here and Now, This Is Us begins with the children being young and the “all you need is love” mentality permeates every scene. They fail to highlight the internal struggle the adoptee goes through. Instead, they show the fragility of the adoptive parents and some scenes where they want to be the best possible parents they can be. But they are missing a lot of what the adoptee feels on the inside.

If you read my last post, I introduced the important characters and talked about how they relate to my lived experience. I also gave a brief review of Episode 1 that you can find here.

Let’s look at Episode 2 and my thoughts as a Haitian adoptee.

This episode struck me because it was the beginning of Ashley’s realization that she was no longer protected by her “white Card“. Focus on the scene where her white sister punches an anti-abortion Jesus freak, but both girls get arrested. Look deeply at how the white girl is treated vs Ashley, the black girl. At about 30:08 Ashley is being interrogated about a super expensive bag that she purchased. The officer is assuming since Ashley is black, she stole the bag. At around 30:12 the white officer pulls out the skin lotion from Ashley’s bag and says “why do you need so much skin lotion?”

These scenes are poignant for people of color. Since the beginning of the making of America, people of color have always been treated as lesser. I find it amazing that people of color built America, and yet get no credit for it. They created the roads, the homes, the pastures, they built what we know now to be the “greatest” nation. And yes, the white people are afraid of the black and brown people. They are jealous of the success of the Asian people. They measure their lives and compare it to the people of color. Their fear created redlining; a system that refused loans to black/brown people and so they were not able to build their homes or reside in certain areas. This created the inner city, where they could live close to where they work. Unlike the working middle and upper class who could afford to buy a car and drive into work from their comfortable suburban homes.

The fear is huge. These people raise their kids to be comfortable and to not be around people of color. Then reality sets in and the kids grow up. They grow up only knowing one side of history (theirs). They grow up to be bigots and racists and little white kids who shoot up schools to be different, to be unique. Like in this show, Kristen tries so many measures to be different.

When Kristen punches the anti-abortion dude, she gets arrested. She jokes around. She laughs, she asks questions. SHE punched the guy. Ashley had nothing to do with it. And yet Ashley gets arrested and is completely humiliated. She is pretty much assaulted, spoken to in a stern voice, and made to feel as though she is a thief for owning expensive things.

We live in a society where the lighter your skin is, the better you are treated. The less slanted your eyes are, the more respected you are. We live in a society where white kids can wear Guatemalan clothing and think nothing of the hard work put into it. Or white women can barter hard-worked clothing down to pennies just so they can turn around and sell it for a large profit.

I grew up with white people. I spent my days watching my Audrey negotiate someone’s dinner money while trying to buy a hat, or shoes, or a piece of Haitian artwork. And then she would turn around and sell it for a profit, knowing that some other white person would pay big money for it.

We live in a society where if you are not lighter, you are treated worse than a dog. You are called names, and you are told “go back to your country.” You sit puzzled wondering what you ever did to be told this. This is the only country you know. Where else are you supposed to go?

White people just don’t understand the lotion issue. I watched one of my girlfriends put on lotion at night before bed. She used a lot of lotion. For her it was part of her nighttime routine. It was something she did AT NIGHT. No one could see the lotion residue, nor her dry skin during the day, but she chose to put it on at night. When I would put lotion on during the day she always wondered. She always asked. I could not explain to her more than what she could see. I have dry skin. I need to keep my skin moisturized otherwise it will crack.

As for Sun Block? We NEVER were really lathered in it and we were discouraged from using it. We were made to feel like we were some magic people from some other place who was immune to the harsh Caribbean sun. No. We were not. We burned. And it hurt like hell.

Just because you can’t see it, does not mean it is not there. As we walk into Episode 3, remember that Ramon’s visions are becoming stronger. He thus far, is the only one who can see the numbers 11:11. Also keep in mind that Ashley’s feelings about her family are beginning to change and she is the one seen as “strange.”

3 Responses to “Why do you need so much Skin Lotion?” Here and Now Episode 2: Scenes to look out for if you are an adoptive parent.