No one finds time to go to the black girl’s party:  Here and Now Episode 4 scenes to focus on if you are an adoptive parents. 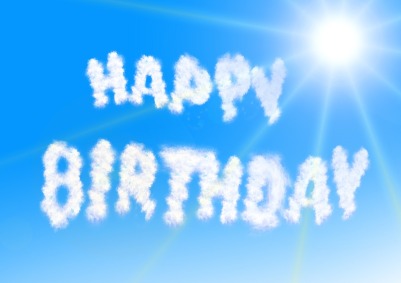 Thus far, Here and Now has shown a side of itself to me that forces me to keep watching. The reality in the characters; who they are, how they feel and who they are becoming all rings true for an adoptee; especially an adoptee of color.

This show caught me from the beginning. The first episode drew me in after that conversation at the table at a restaurant. The adopted kids are together and they are talking about how they feel being adopted. But it is not “in your face” chat. It is subtle, sarcastic, and poignant.

If you missed my reviews for episodes 1-3, please do not hesitate to go back and read through them. If you are an adoptive parent, I think you will find this next review as important as the other 3.

Episode 4: Hide and Seek
This particular episode was relate-able because a huge party was planned for Ashley’s 4-year-old daughter and no one RSVPed to the party. Because no one RSVPed, the parents could not put on the party. When Ashley called to inquire, no one seemed to be available at that time, on that day.

We have to remember they are all living in very white Portland and though it is carefree and liberal, at some point, black people were not welcomed to that state. It is extremely segregated and having a mixed family could have contributed to the kids not being able to go to a little black girl’s party.

Ashley slowly begins to realize that her blackness really does play a role in everything she does. Focus on her conversation with her husband as she tries to share how she feels about the situation. Also focus on the fact that her daughter was called “poop” by a white girl at her school and how this frustration begins to build in Ashley but not the white husband.

Take the time to also look at Duc’s need to be perfect and how it affects him. The scene at the big pool where he is recording himself on an Iphone and a white lady comes up to tell him he has snot in his nose really begins to change the course of how he thinks and it begs him to ask the question “why am I trying to be so perfect?”

At about 17 minutes and 25 seconds into the show, Ashley’s adoptive mother comes to her workplace and they have this dialogue about work. Audrey gives Ashley a backhanded compliment. She says,”you know, I envy you. You have always been smarter than me. This is so much easier than trying to make the world a better place.” Focus on Ashley’s face as she tries to figure out why her adoptive mother had to say what she did. I can relate very much to this line of thinking and this form of gas lighting.

The mother in this show, like mine, continues to create situations where she needs to be the hero every time. She envies “us” but we are still not as good as she is. Ashley’s reaction is one I have had many times in my almost 40 years of being alive. This type of complement is like saying ” you are pretty for a black girl” or the common “wow, you don’t have an accent.” Adoptive parents, if you take anything away from this episode, understand how hurtful it is to assume that a person is somehow less because of the color of their skin. And remember that even if you don’t make those assumptions (which your innate bias does), others will. Friends, family, acquaintances  and even strangers will assume your kids of color can’t do things because of their skin color or should be able to do things because of their skin color.