Why can’t Jesus be prophet, son of God, Messiah, and like everything?

Posted on September 28, 2017 by solifegoeson 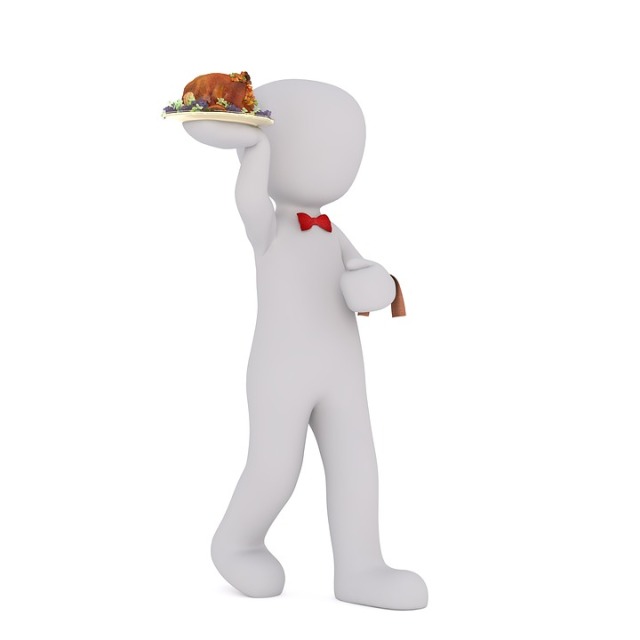 I was asked a few days ago if I believed that Jesus was the son of God and also rose from the dead.

I would rather know why people believe what they believe and not whether they believe xyz. I want to know about the person’s essence, what makes them who they are, what gives them life, breath, and meaning.

I prefer to better understand why they went to a poorer country to help, as opposed to seeing the photos of them helping.

I want to know people from the inside out, not from the outside in.

You see, the why opens the door for conversation and in its own right, eliminates judgement.

Very seldom do I get asked “why do you believe what you believe” and when I do get asked this, my answer is “well, why not?”

I believe we were all born to ask difficult questions. We were not born to just “fit in” or assimilate, or follow the crowd.

I think about the wise men in the Bible….as they were following the star, I can see them asking “well, which one?” Because we were not created to blindly follow, instead, we were empowered to question why we do certain things.

I’ve been a teacher for over ten years and one of the things I try to get my kids to do is use their meta-cognition skills. I don’t want them to just say “the sky is blue” but I want them to think deeper, what possibly could make the sky blue. And just because one person thinks it is blue, someone else may say it is a bit green.

We all need it and we all have been empowered to use it.

Often in Christianity, we are told to not really follow Christ, but follow the person who talks about Christ a certain way. We are actually taught to worship the messenger (pun intended).

What happens when the messenger is no longer trustworthy?

I think before we follow any belief system, we have to believe in ourselves. We need to trust that we have already been empowered to be the best version of ourselves that we can be. We need to “know thyself.” We also need to seek truth.

I think truth comes from understanding who we are as people and being real with our actions, our thoughts, our fears, our likes, our dislikes, and so on and so forth.

I don’t think belief should come from blind faith, but instead from doubt. Doubt is all over the Bible, and doubting didn’t lead to tragedy the way we understand it. Doubt actually lead to understanding.

Any religion that says it is the one true religion needs to be evaluated for truth. And truth is relative.

My truth about the world will be different from someone else’s truth based on my lived experience.

As a person of color, there are certain truths that lead me to reach out to an entity, or a being that someone else may not reach out to. My truth allows me to connect with others in a way that those who are not me can’t understand.

So what is truth?

Truth is knowledge of self.

The truth will set you free.

Remember as a child how telling the truth most of the time didn’t lead to a punishment?

John 8:32 talks about how the truth will set you free. The truth itself had nothing really to do with Jesus, but it had to do with the disciples walk. It had to do with who they knew themselves to be and who they were becoming.

The disciples had to use meta-cognition, they had to ask the hard questions in order to better understand where they were going.

I become very skeptical when a religion tells me that “theirs” is the one true religion with the one true God. How can one be so certain?

Certainty does not always me that you were right.

But it does mean that you learned to know yourself and to ask yourself the harder questions.

So why can’t Jesus, this amazing person who supposedly lived, died, and rose again be the prophet, son of God, and the Messiah also? Why can’t Jesus be everything, and neither?

Why are religions still putting Jesus into a box? Didn’t his resurrection prove that he didn’t belong in a box?

Wasn’t him rising from the dead proof that he could not be contained?

Didn’t miracles show that this Jesus guy of Nazareth had power and dominion?

So why are churches trying to have power and dominion by telling their disciples what and how to believe?

Humans are born and the minute they can talk, they begin to ask questions about the world around them. Somehow that is acceptable but when it comes to religion, people are taught to not question; just to believe.

Do people really believe in a God that finds them a parking spot but also lets the world go hungry?

Religious people teach kids that Jesus walked on water but the Easter bunny is fake?

Christians teach their kids that Jesus can turn water into wine but Santa is not real?

Christianity teaches kids that Jesus is the messiah but that their friends who don’t believe in Jesus will go to Hell?

Religion teaches girls to be weak.

Religion teaches boys to be strong and to take control.

Religion teaches girls that their bodies our for their spouses and not their own.

God empowers all, unless you don’t believe in God.

It’s unrealistic and frankly, I don’t believe it is the way it is intended.

Why are we forced to choose who we want to serve? Didn’t Christ die so that we could be free of judgment? And yet, upon Christ’s death, we became the biggest judges.

I try to stay away from conversations that divide. I used to be one of those people however, that proselytized….but it is truly repulsive.

Many Christians will say that they are not part of a religion. That truly erks me because in order to be a healthy influence, you have to be realistic. Christianity, like many other religions, has a list of do’s and don’ts. But most religions focus on the don’t.

Christians focus so much on the NOs that they forget about the YES’. They live their life worrying about offending God, instead of living the life they have been given.

God does not need people to prove his/her existence.

So many Christians focus so much on proving God’s existence that they disprove God’s desire to let us choose. They negate the life of family, friends, and strangers because they are so busy telling others how to think, and feel, and be. They strip the essence of the person with the promise of giving them a more fulfilling life.

I’m tired of it. These conversations of who is in and who is out are boring.

I don’t believe we were meant to argue about who is in and who is out. I feel we were made for something greater.

Hmmm…what would happen if we were ALL in…..or ALL out. There would still be unity.

I’m all about believing in what empowers you to be a better person.

I’m all about believing that Jesus can be the messiah, son of God, and also a prophet. Shoot, I’d love to receive any of these titles.

Joshua 24:15 talks about choosing who we will serve. There seems to be no condemnation. Joshua does say “put away” but he is in no way punishing anyone for choosing what they choose. You have a choice. But the choice is not about being “in” or being “out”.

So I ask you, why can’t Jesus be everything but also nothing? Why must we choose?

1 Response to Why can’t Jesus be prophet, son of God, Messiah, and like everything?