“We taught you about your culture….we did our best.” Here and Now Episode 6+7 and the scenes to focus on if you are an adoptive parent with kids of color. 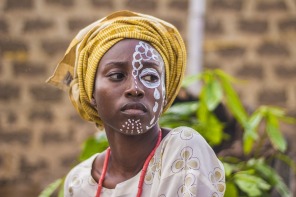 Today I wanted to combine two different episodes from Here and Now. If you have been following along, you will notice how each episode (starting with the first one) summarizes and then analyzes what went on. It also includes some extensions where I make personal connections to the material being presented.

In these next two episodes, I’ve spent toms time thinking through what they mean to me as a black, Haitian adoptee.

The complexities of this episode are numerous. Listen to the conversation between Ashley and her mother at 15:23. Ashley is confronting her mother about the time she didn’t stand up for people of color who were being bullied. Focus on Ashley’s tone and how she needed to get her point across about her mother being focused on a country, instead of the whole child/adult. I think this conversation is very important because I see it everywhere in adoptive homes. APs want to absolve themselves of any responsibility when it comes to standing up for people of color because in their mind, they saved a couple of kids of color already.

At 18:24 you will see Ashley taking a self-defense class. She is shaken by the way she was treated when arrested with her white sister. She feels this class will help her better manage not just her emotions but also control her responses. I took a karate class as a kid and it did absolutely nothing for me. As a child I was chased, and smacked and hit by Dominican people who just didn’t like me because of my dark skin. I thought that taking karate would help me but it only made me more fearful. What if I didn’t respond fast enough. The whole point of karate to me was that if you get to the point that you have to use it, it is too late. Karate is about preparing the mind and heart to think quickly and to avoid certain places, situations, and scenes ahead of time. Karate is supposed to help you “think ahead” but for me, it made me more fearful. I worried I would not know what to do. I think Ashley struggles a bit with this fear too as she then begins to learn how to use a gun. The issue is, a black person with a gun is a death sentence in America and in different part of the world.

In this episode we also see Ashley approaching a white mother whose daughter called her daughter “poopy” because of the color of her skin. Focus on the interaction and the encounter. The encounter comes around 32:00. Ashley is very centered but clearly bothered. The way Ashley reacts to her daughter being called “poopy” is clearly white-polite as opposed to actually taking matters into her own hand. Look at the clothing both characters are wearing and watch the interaction to the end. The white mother forces a hug onto Ashley after clearly telling her that her daughter could not have said such things. Ashley feels obligated to hug her because if she chooses not to hug her it would make her look rude. I am absolutely fascinated by this scene and I have to admit I watched it about 5 times trying to understand why Ashley was not more aggressive. This is her daughter we are talking about. Being called “poopy” will forever stick in the child’s mind. Kids are so impressionable at that age (4/5) and they remember so much.

At around 51:37, Ashley and Malcom sit down to have a conversation. Malcom begins with saying “you got into an argument with Babet” and Ashley is understandably upset that the white lady called the white husband instead of calling Ashley. Malcom asks what happened. Focus on what Ashley says and how Malcom receives the information.

My adoptee can remember things I’ve said or done from years back and she is now 15 years old. I remember things my APs did or said and I’m several decades old. But as I take the time to think about Ashley’s response, I can only surmise that the way she was raised has caused her to fear standing up for herself and for her own child of color. It is easy to do, and it happens all the time.

As a mom, I have really been having to reevaluate my role as a parent to a black child and I’ve had to take some big steps forward to ensure her safety and to make sure that she feels loved and protected. I have had to make sure she feels like I am on her side. So I have had to become more aggressive in ways I never thought I could be. There have been times people would rather hear my white wife speak than myself. When we went to lease a second car, the people there completely ignored me and my daughter and spoke only to my wife. It was embarrassing, and humiliating but I had to say something. I could not pretend it didn’t bother me or that it wasn’t wrong. It was COMPLETELY wrong. We didn’t get a car from there.

People of color have always been pushed into the shadows but it is time we step out into the light…..and doing this means removing the pre-conceived notions put on us.

At about 19:20, Ashley is invited to the black family’s home. She begins to feel comfortable around her people group. She connects to Corey (the man’s) mother. It is clear that she had very few connections such as this one. She stays for dinner and focus on the dinner-talk. Also, focus on what the little girl says about the black family’s chicken (25:35).

I bounced around as an older teen and I am actually very thankful for that opportunity. I did a few semesters in the US school system, allowing me to be a little more prepared to go off to college. My only issue with this is that I never stayed with a family of color. Not once, not ever. I stayed with white people. Every single family I stayed with was white. As a teen it didn’t bother me, although, I believe deep down it had a profound impact. #1, it showed me that my APs really didn’t have friends who were black but they had black kids. #2, they seemed to trust the white families more than any other family.  And #3, they thought that is what I would have wanted since I grew up in a white family. I can’t even begin to unpack #3. As adoptees, we do what our APs tell us, no questions asked and if an opportunity is not presented, we don’t question the motive. The experience of being in homes in the US was good and bad. But I had this one strange experience with a few black girls at my school. They looked at me and called me “oreo”…..which is what my APs called me all the time. But when they called me Oreo, it had a stronger and more hurtful feel and sound. Those were times I realized I really didn’t fit in anywhere. I was not embraced by black culture and the silent racism of white culture was so deep.

As an adult, I LOVE spending time with my people group. I prefer it to being around a group of white people. I feel comfortable like Ashley does to some degree and we both crave more of it. When we become adults, we are not bound by our APs decisions for us. This does not mean that branching out is going to be easy, but we must do it if that is what we so desire.

In this episode, Duc’s flareups are a direct result of his AP’s dysfunction. The fact that Duc can’t be upfront about what is bothering him is causing him to be sick and constantly be on the toilet. By this point, he learns that his father pays an Asian woman for sex and Duc is taking this to mean full disrespect. Duc takes this affair personally.

At around 54:17, Ashley and Malcom are engaged in a deep conversation about their race and their marriage. Focus on the conversation they both have. Look at how fatigued Ashley is as she realizes her husband will never get it. He will never get the complexities. It’s the Black Lives/All Lives matter issue.

After connecting with my biological aunt and living only 6 minutes from her house, I have realized that I can choose to be or not to be…..and for me, that is really the question.

1 Response to “We taught you about your culture….we did our best.” Here and Now Episode 6+7 and the scenes to focus on if you are an adoptive parent with kids of color.